Showing posts from October, 2020
Show All

Pinephone with detachable 'clamshell' keyboard...alas not just yet! 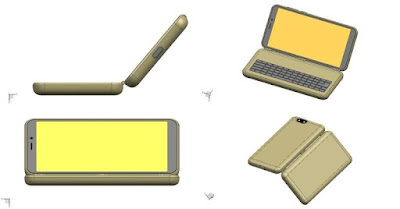 As a huge fan of 'Pine64'  https://www.pine64.org/  I was delighted to see this announcement in their recent newsletter. Owning a device which allows not only allows the most 'private' experience possible from prying governments and corporates but it also allows me to use all the linux apps I've got so used to (within the limits of an 'arm64' phone) such a refreshing approach. Hope to see much more from these guys in the future. 'Pine64' commented on the proposed new design:- "After some consideration we have opted to go with a clamshell design for the keyboard. The PinePhone is large and heavy enough to be unwieldy when held by a thin slab of plastic such as that of a slide-out keyboard. This clamshell design can, however, be folded practically flat so it is comfortably used without placing the device on a surface. The keyboard section also holds a large (probably 5000mAh) battery, which not only more-than-doubles the phone’s stand-by time but
Post a Comment
Read more
More posts