I haven't taken much notice of Satellite Images since Google Maps/Earth released them as a base layer and I did my UNIGIS Course back in 2004. I hadn't even been aware that this particular mid-resolution satellite's scanner had become permanently damaged, thus producing stripes of 'no data' in each band produced. 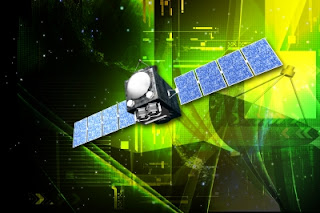 I initially looked to GRASS GIS sure that it would have a solution but alas not as yet until the release of a long overdue module. I've tried 'r.fillnulls', 'r.neighbors' and 'r.patch' but no luck. I found out about the 'frame_and_fill_win32' the NASA solution based on the 'ENVI' IDL Virtual Machine and after some effort it worked on all bands except the 'B80 pan-sharpening band' (on Windows), on the Mac it is a £2,700 hit for a 1 year license... hmm maybe not!. Onward and forward to another link:
http://l7gapfill.sourceforge.net/


but alas another promise that ended abruptly...oh there has to be a free and easy to use solution because this satellites' scan line corrector became damaged in 2003. Well, for once i've had to own up and admit to having to fork out $49 for a 'Pancroma' license, yes it's proprietary but it works well and has a lot of control over the images produced. On another plus side it works well on Mac OS X under 'Wineskin Winery' (the wine wrapper that will allow windows apps to work like a native mac app) but with no windows licence required.
Come on GRASS Team get this sorted.

This post follows on from my previous three (most recent first in list) linked below. There is no doubt that in just a short time from no...